SystemFailed is a social experiment in which the performers, an AI and an the audience interact.

In the performative experimental arrangement, the impact of authoritarian algorithms is made tangible and questions are raised about a responsible society in a digitalized world: How can the danger of a norm-conforming society controlled by programmed objects and compelling architectures that always act correctly be countered? How can digitization contribute to more democracy? The performance becomes a social experiment, because the audience itself becomes the object of investigation as a temporary micro-society. The performers observe their behavior, which is analyzed and evaluated by a specially developed autonomous decision-making system (AI). The AI system, represented by moving light, projections and 3D sound, becomes an actor that influences the course of the performance. It monitors the movement behavior of the visitors and makes automated decisions based on different rule sets. Authoritarian control systems are made tangible, which are (or could be) made possible by digital surveillance and automated behavioral analysis, in order to think from there a utopian counter-design in a moderated follow-up discussion with the audience. 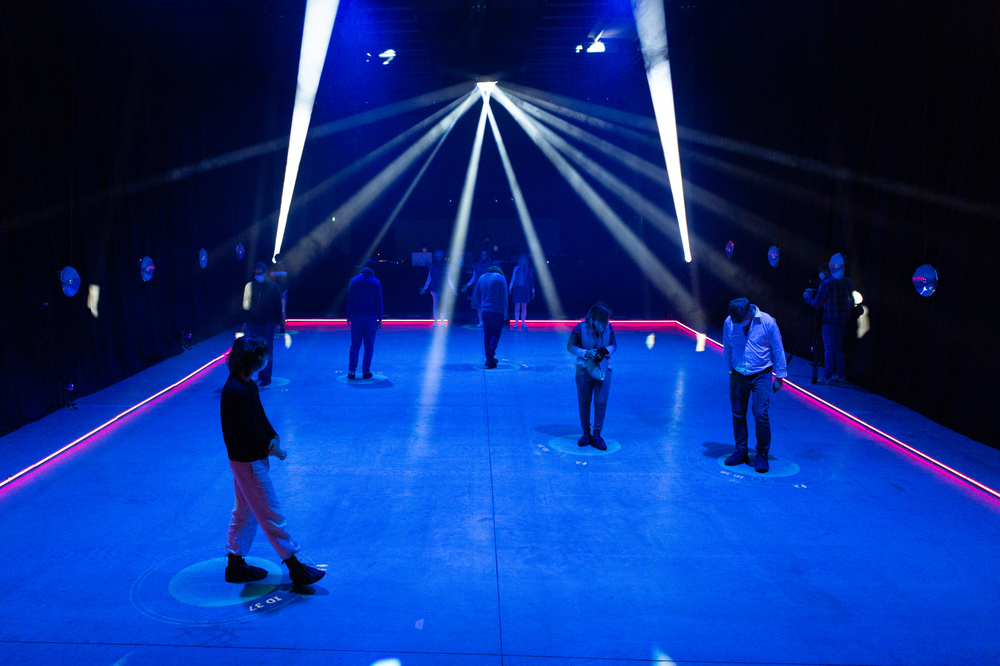 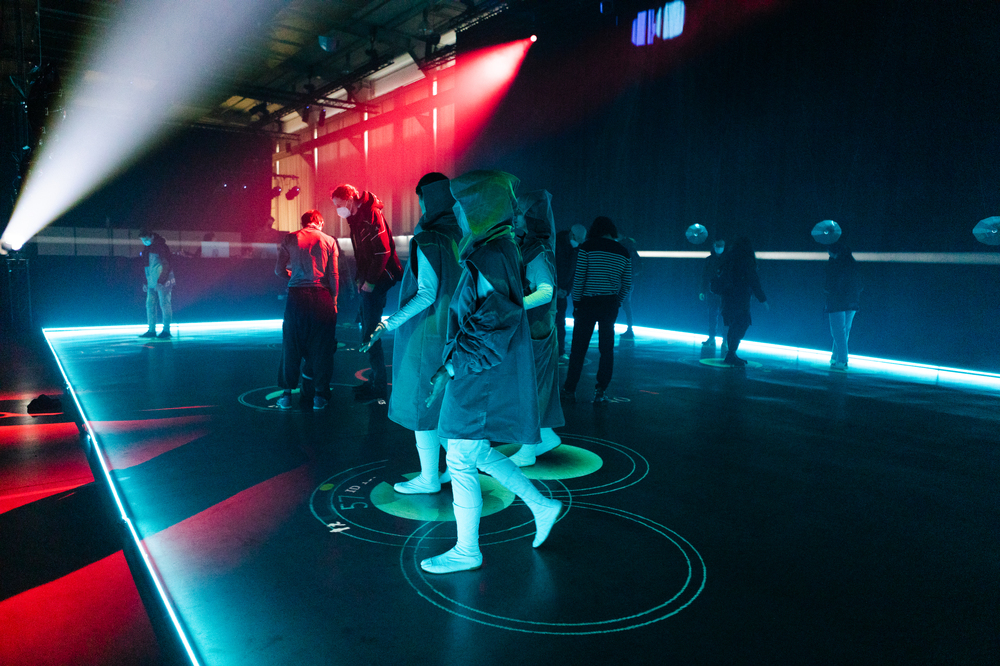 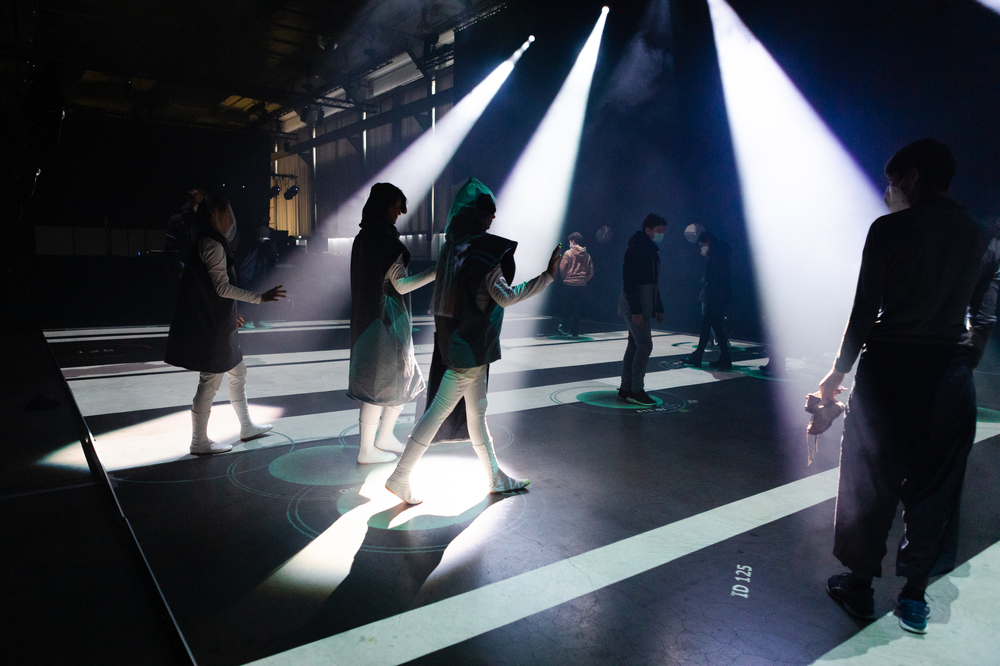 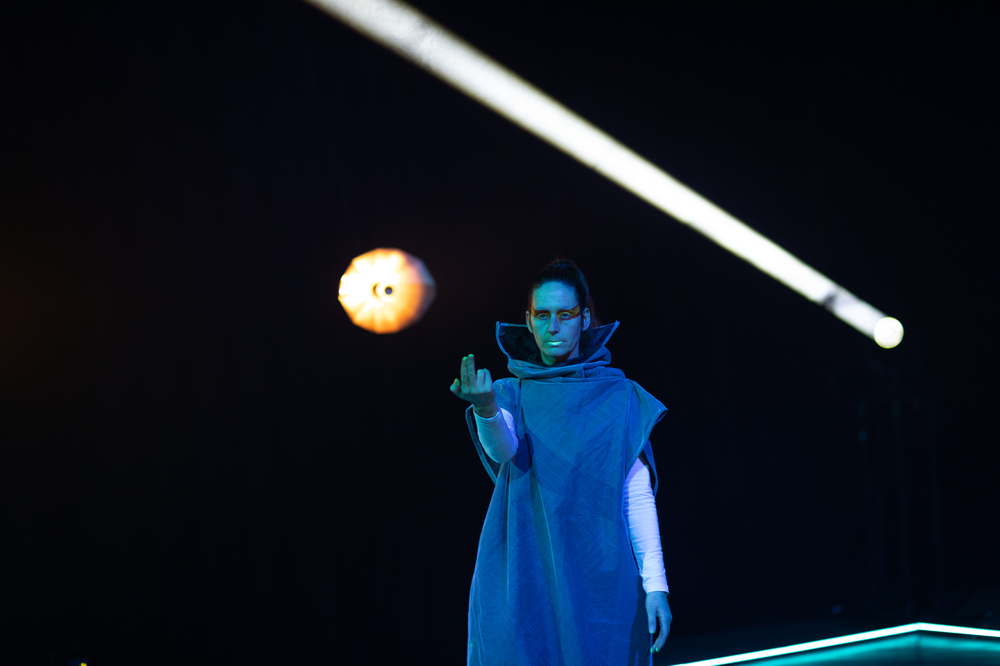 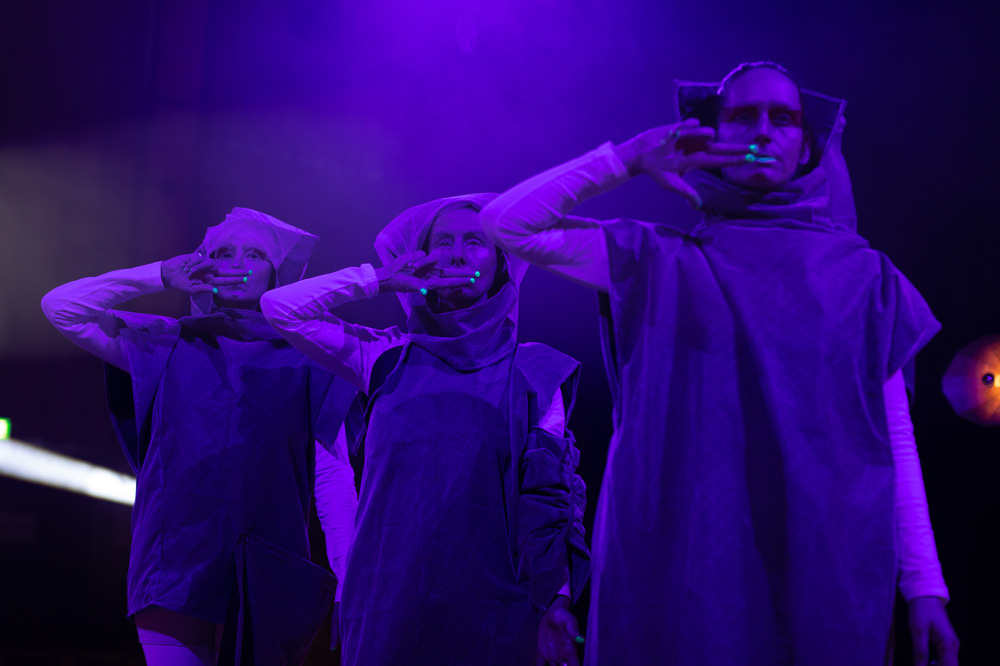 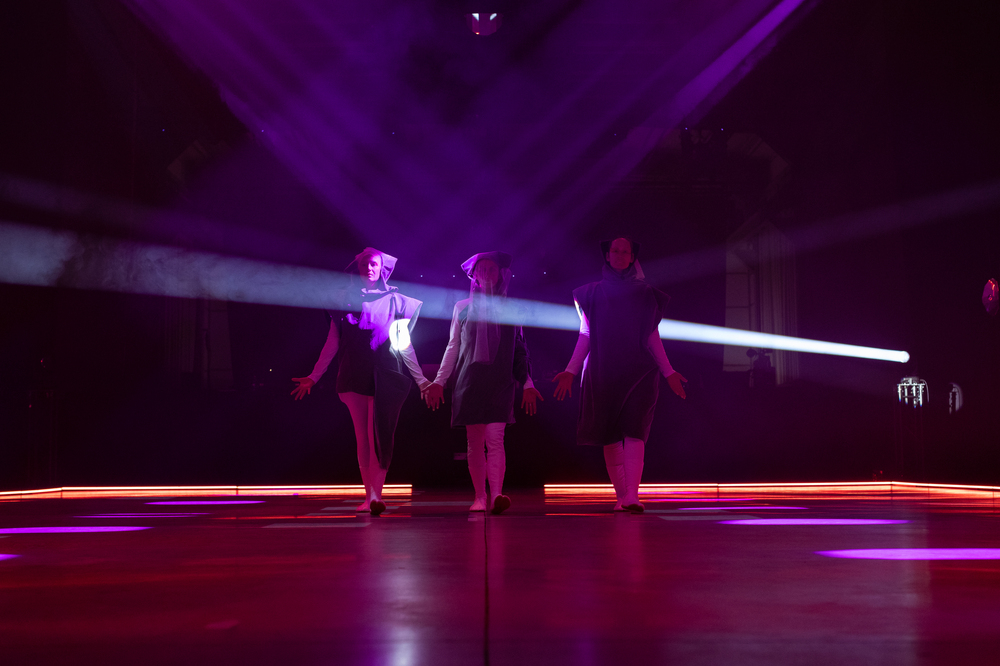 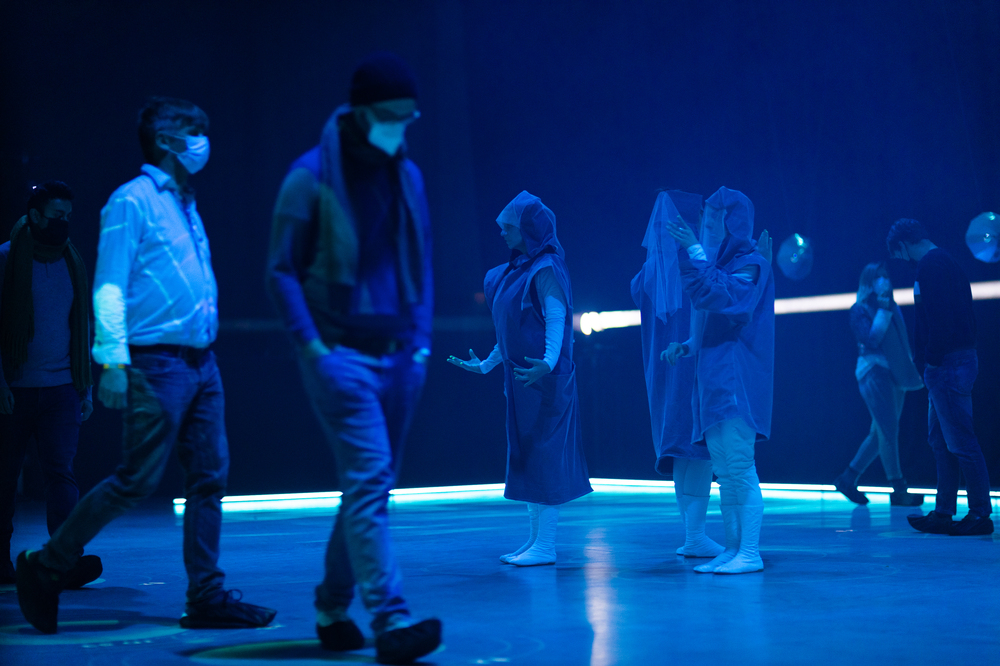 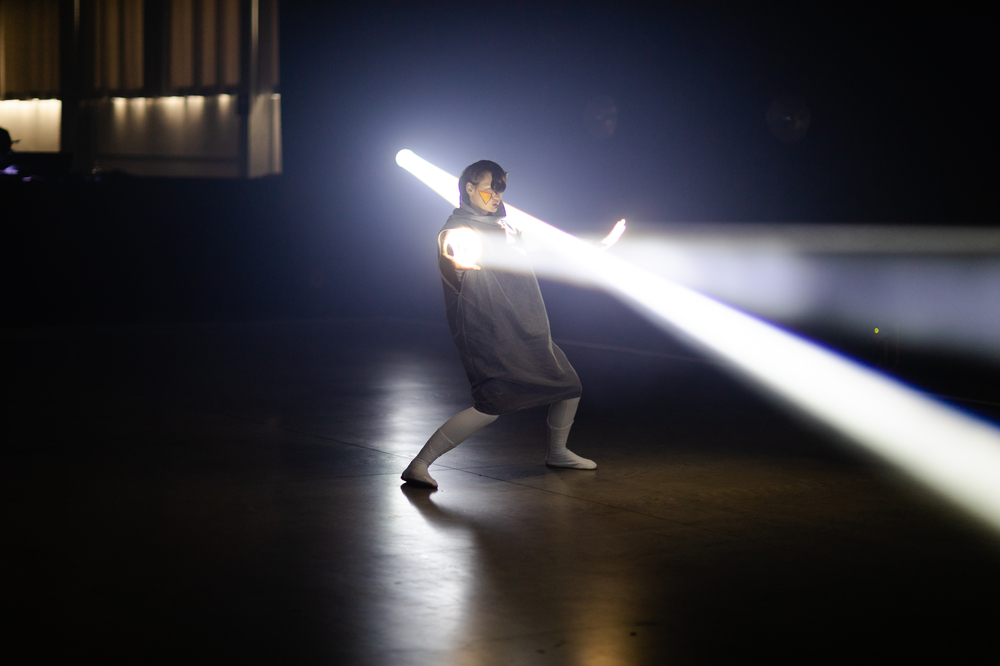 The work is produced by ArtesMobiles.

Further information can be found here.