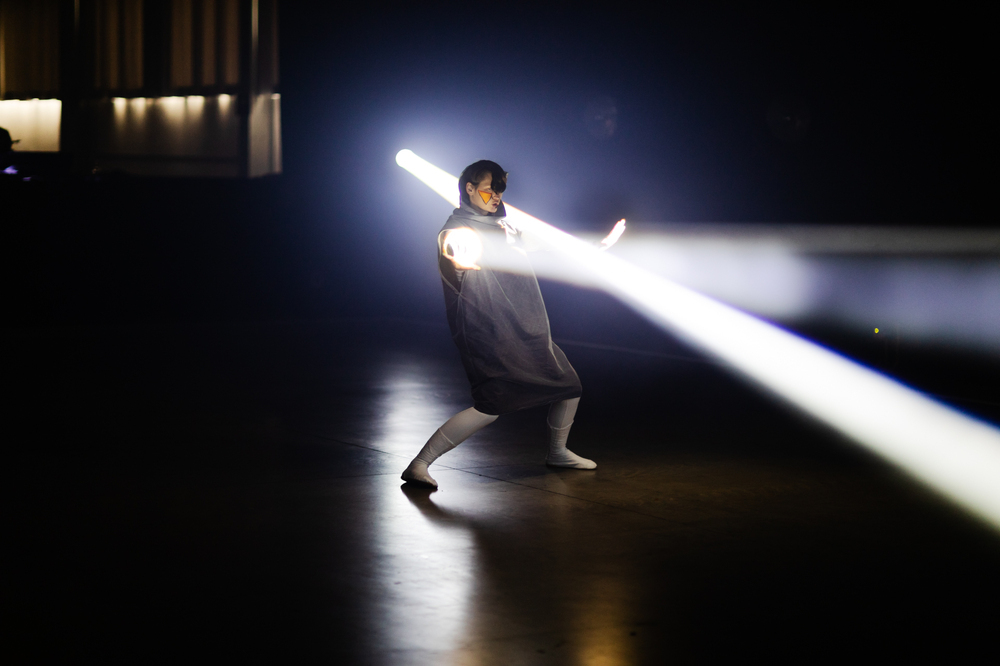 "SystemFailed" is a performative experiment in the critical examination of digitalization, in which the roles of spectator and performer are reversed. The spectators move around the stage and become actors in the play. They are guided by the three performers Mad Kate, Milena Gürtler and Juliane Torhorst, monitored by a self-developed AI system that tracks movements and predicts the behavior of individuals, automatically evaluates and interacts visibly and invisibly with the participants in the game via light and projections. For them, it is not only a matter of participating, but also of interacting in space, on their own or in temporary communities that can be formed spontaneously or planned.

"SystemFailed" poses the question of how deeply artificial intelligence intervenes in our lives - also by changing structures of domination - and whether individuals or groups can influence the system or escape it.

In the subsequent audience discussion, play experiences can be exchanged and the social level of the "smart" future can be discussed with the creators.
Text by: Annett Gröschner (Politik im freien Theater)